The fraternity, Delta Kappa Epsilon, has now been asked by its executive director to suspend all pledge activities on the New Haven, Conn., campus.

DKE “strongly condemns the actions taken by some members of our Yale Chapter last week. The sentiments expressed during the new member activity are deeply offensive, and do not adhere to the standards of morals and behavior that we expect of all DKE members.”

Tired of Supporting the Dehumanizing Anti-'social' Networks But Are Addicted to Their Games? Do You Want Similar Games to Facebook Games? Here are Alternatives

'Social' networks such as Facebook and Twitter are seemingly harmless, however the net effect is an actually ANTIsocial situation where most people don't have actual friends... If all most people talk about is the latest sports scores and movies, most people do not have actual real friends, and these 'social network' sites are a real distraction from what those in control are doing to you and your children.

I urge all of you to stop wasting your time on 'social' network sites, and spread the word truly; out there, not just on some website! 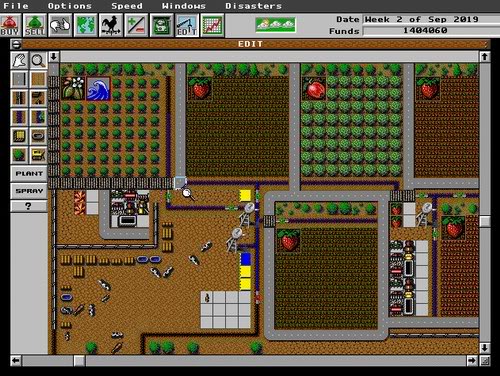 Game Description:
You own a plot of good farmland. Do you want a small family farm--or an agricultural profit center? Do you want to produce food for the local town--or feed the world's hungry masses? Do you use the latest chemical fertilizers and pesticides--or run an "organic" farm? It's up to you. Plow your fields, sow your seeds, harvest your crops and sell them at market. Easy? Sure, except for soil depletion, crop rotation, changing markets and diminishing farmland--not to mention pests, droughts, dust storms and other fun disasters. A fun and original game that's highly recommended. Growing tomatoes has never been this much fun :)

Here are some non-facecook -(your brain) games that are really fun to play for when you want to take a break:
Game: Skyroads

Game Description:
You could play this game just for the amazing sound tracks, but the gameplay is also very catchy. Simply, you need to steer your space vehicle along the course, jumping and dodging blocks that will wipe you out when you're flying along at light-speed. Balancing acceleration and fuel usage becomes tricky when you've got a time limit to beat with hardly any fuel in the tank. Your reflexes and timing will be the difference between getting home safely and floating aimlessly through space.

Formerly shareware, the game has been released as freeware by its developer BlueMoon Software, along with the rare X-mas edition.


It is game over if we don't all TRULY completely wake up to the true magnitude of what is going on...
Stop wasting your time on social network sites when you could be out there in the real world telling people about the proof of the truth about what is going on! The plan for a world government dictatorship is the most important thing to alert people about, not updating the 'what are you doing now' on big brother websites!

A major TV network got the truth via these films and this will send alarm bells off for the establishment.
It is in the best interest of everyone to burn copies of these videos and spread them around.

Click here to download the torrent. You will need a torrent program (free) to use this file.

Watch the episodes now while you wait for your downloads:


The 2012 episode doesn't appear to be on the above site, so watch it here:

Muse Urges Its Fans To Take The Red Pill

Alternative rock megaband Muse have urged their millions of listeners to take the “red pill” and reject the babylon system of mindless popular culture and meaningless music – by inviting people to visit Alex Jones’ Prison Planet.com and Infowars.com via links on the band’s official website.

Muse’s links page features their own Facebook and MySpace pages as well as some fan sites, but a special section contains just four links, two of which lead to Prison Planet and Infowars.

Why does any of this matter? Because even before the release of their latest blockbuster The Resistance, Muse had sold 10 million albums worldwide and won countless awards, including five MTV Europe Music Awards, five Q Awards, eight NME Awards, two BRIT awards and four Kerrang! Awards. Muse’s The Resistance album is the culmination of their increasingly public vocal opposition to the new world order agenda, and has topped the album charts in no less than 19 countries worldwide.

The fact that one of the most popular bands on the planet right now is using its gargantuan public platform to encourage its listeners to educate themselves about the agenda for world government shows how deeply woven into the fabric of society the real resistance is becoming.

And it’s not as if Muse are some Johnny-come-lately outfit who are exploiting a “resistance” gimmick simply to make profits. They’ve been on board with the genuine resistance from the start – it’s been four years since we reported on how Muse front man Matt Bellamy wore a Terrorstorm T-shirt during a headlining gig at the Reading festival that was witnessed by millions watching on television.

As we have previously documented, music and popular culture is the most powerful weapon the elite wield in keeping the masses distracted, dumbed down and morally bankrupt. Amoral, vacuous and nihilistic drivel from the likes of Lady Gaga, Beyonce, Christina Aguilera, Rihanna and Katy Perry keeps young women obsessed with meaningless drivel while thinking that it’s mandatory to dress and act like a whore to be accepted by their peers, while the endless parade of moronic hip-hop artists, people like Puff Daddy, Kanye West, Jay-Z, 50-cent and Lil Wayne brainwash young men into thinking that acting like a superficial, moronic, money-obsessed, sex-obsessed thug who wears their pants round their knees and treats women like pieces of meat is cool.

That’s why it’s so refreshing to see a truly talented band like Muse singing about important and cutting edge issues and being successful in the process, reaching millions of young people who might otherwise have been trapped in the babylon system of popular culture that is warping young people’s minds and turning them into depressed, disenchanted, powerless, and soulless creatures whose manipulated mindlessness prevents them from even being able to think straight amidst the ceaseless din of the psychological attack they are under from music and popular culture in general.

The new world order attack on our society is about more than politics, money, and power – it’s about stealing the minds of our own children and filling them with self-destructive, humanist, post-modernist, spiritually devoid crap that destroys their innocence, their hope, their strength of character and their moral compass.

Featured below is Muse’s video for Uprising, which has received over 16.5 million views on You Tube. It doesn’t take a rocket scientist to figure out the message behind the song.