The Political Illusion Of The ‘Lesser Of Two Evils’

As I stated in my article ‘The Lesser Of Two Evils Con-Game’, one of the great dangers of the upcoming 2012 elections is the psychological trap presented by the Mitt Romney campaign.

Some conservatives are so terrified of a second Obama term that they are willing to strap on the blinders and ignore the overwhelming facts that reveal Romney to be no more than another globalist puppet with an almost identical policy record to the man they despise.

If a citizen votes at all, he should first understand that the election process, especially at the federal level, is utterly corrupt and beyond repair.  Believing that you can affect change by replacing one traitor with another is absurd.  Secondly, he should at the very least vote based on his deepest principles.

Every American should ask themselves one question:  Why participate in the farce if there is nothing to gain?  We have been voting for the “Lesser Of Two Evils for decades, and the strategy hasn’t been working out too well for us so far.

It is my hope that the Liberty Movement proponents that have fallen back into the false left/right paradigm habit can find their way to reason once again.  Perhaps the following cleverly produced video on the ‘Illusion Of Choice’ will help in that process…

The Tianamen Square “Tank Guy” Was Even Braver Than We Knew

This is the iconic picture of the brave protester facing down tanks in Tiananmen Square: 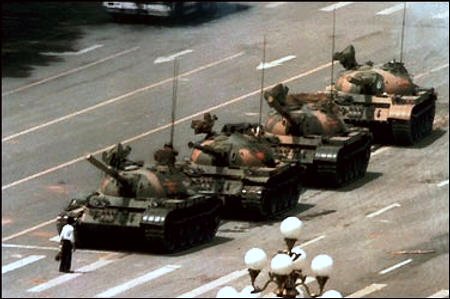 Here is another photo, with a slightly wider view: 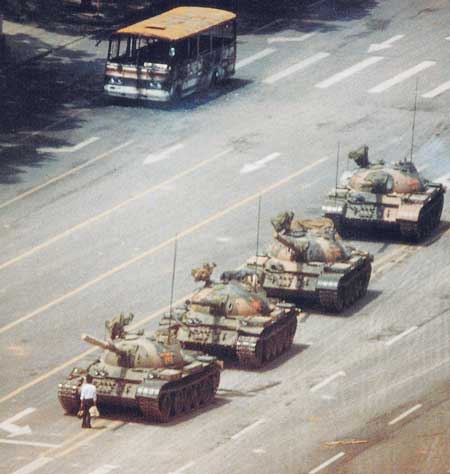 But this newly-surfaced photo with a much wider view shows that he didn’t face 4 tanks … but scores of tanks: 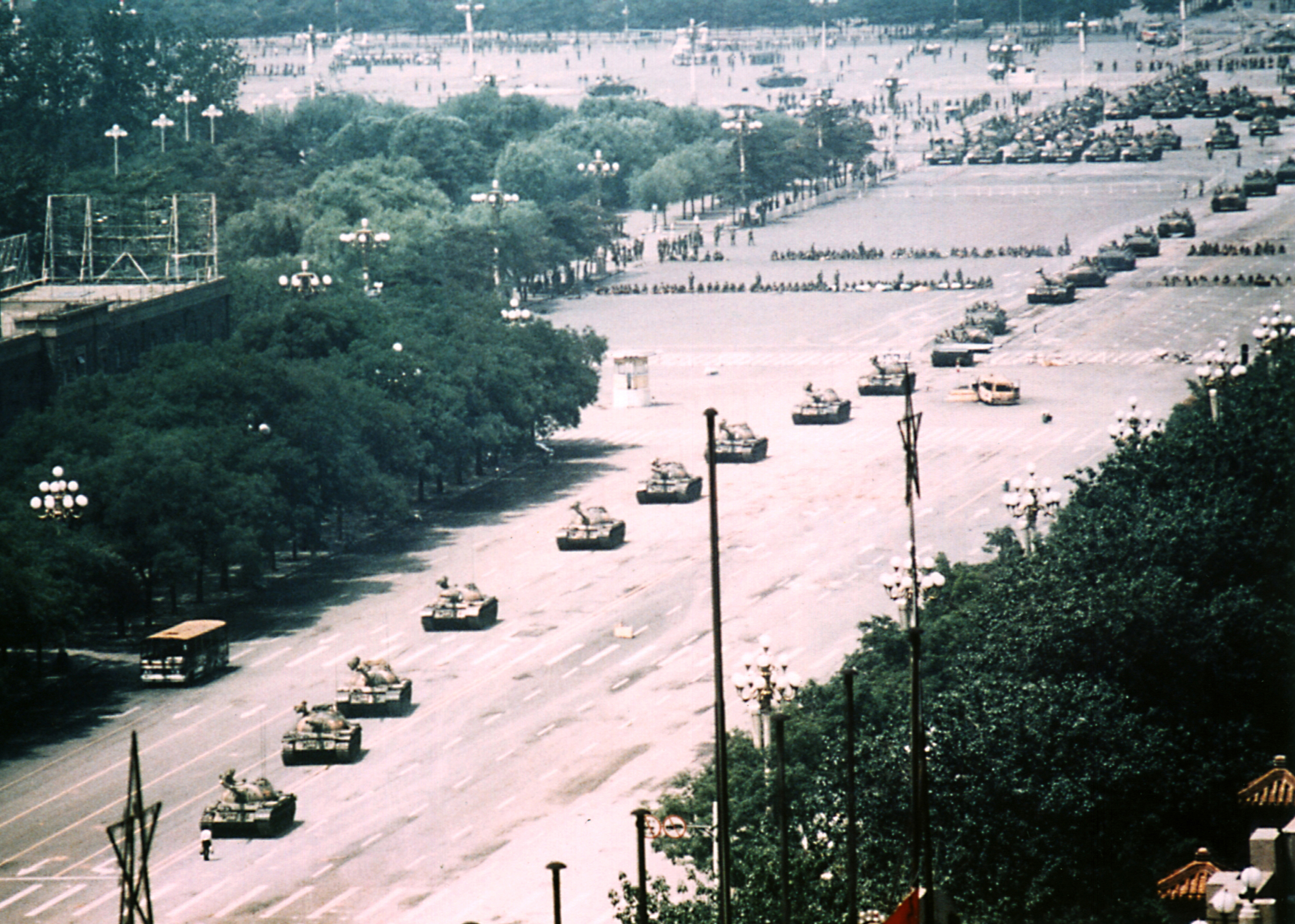 Is It Time to Start Locking Up Bankers?

Two hundred and ninety million pounds – that’s how much Barclays has been fined for attempting to manipulate the Libor interest rate. That’s not much less than the estimated £300m cost of last year’s riots in London, and it may only be a small fraction of the total damage Barclays has caused. As Philip Aldrick noted yesterday, loans with a value of $10 trillion are indexed using Libor, while over-the-counter derivatives indexed to Euribor, the European Libor equivalent, total over $220 trillion.

But what is the most severe punishment that anyone will suffer for this massive, immense wrongdoing? Bob Diamond may lose his bonus; he may even be sacked. So too may a few Barclays executives. But no one will be imprisoned for this colossal abuse of the financial system. No one will pay in anything approaching a proportionate level to the damage done.

Because some on the Left tend to see finance as an enormous, destructive and parasitical “vampire squid”, the Right has traditionally defended finance. They are right to do so: the importance of a robust and innovative financial system to a strong economy is often underappreciated. As Labour’s first prime minister, Ramsay MacDonald, put it: “finance is the nervous system of capitalism”. Innovations like derivatives are not (only) designed to allow rampant speculation – they give firms real benefits, like the ability to “hedge” against price increases in their raw materials. Reducing uncertainty, supplying capital and spreading risk creates real economic growth.

But that doesn’t mean that outrageous, greedy behaviour should be tolerated. And there is a growing chorus of voices from the Right calling for more bankers to be thrown in jail. The Conservative MP Matthew Hancock has proposed “a law which makes it possible to prosecute executives for serious financial recklessness”, which this manipulation would surely come under…

The list of places where Tony Blair must look over his shoulder for protesters during his endless carousel around the global lecture circuit now includes Hong Kong, after a speech on faith and globalisation was interrupted by an activist seeking to make a citizen's arrest on the former prime minister.

Tom Grundy, a Briton living in the Chinese territory, said he walked towards Blair a few minutes into the address at Hong Kong University (HKU) with the intention of apprehending him for alleged offences connected to the Iraq war.

The 29-year-old said he had registered online to attend the talk, which took place on Thursday evening local time. Although Blair makes considerable sums as a paid-for speaker, this event was a more personal engagement, marking a link between HKU and his own Tony Blair Faith Foundation. Grundy carried with him a sheaf of notes about the legal basis for the attempted arrest, covering, he said, alleged violations of the UN charter, the Nuremberg principles, and the Geneva and Hague conventions.

"I waited till he'd been speaking a minute or so before I stood up and went towards him and said, 'Mr Blair, under Hong Kong's Power 101 law – the law which allows for citizen's arrest here – I'll be arresting you for crimes against peace'," Grundy told the Guardian shortly afterwards.

"There was a gaggle of photographers just in front of him. As I tried to pass through them to him, one of the gentlemen with him prevented me from going any further."

To his surprise, Grundy said he was not bundled away by Blair's guards or campus security and eventually left after the police, who he hoped would assist in arresting Blair, failed to arrive. He was not arrested and was allowed to stay on campus.

The protester said he was himself "too flustered" to note Blair's reaction. "He gave the usual line about 'That's democracy in action'," Grundy said. "He was talking about faith and globalisation, and I made the point to him that he can't speak about religion when he's set back religious tolerance by decades."

Such protests have become an increasingly common feature of Blair's agenda since he left office. Last month, his testimony to the Leveson inquiry into the media was interrupted by an activist who shouted that the former PM should be arrested for war crimes. David Lawley-Wakelin, 49, gained entry to the room at the Royal Courts of Justice via an unguarded rear staircase.

Grundy said: "I think he's so used to it now, and that's part of the idea, to let him know that he should have to endure this wherever he goes. If he's at an event and the press are around, someone needs to remind him that he's a war criminal."