Despite the glaringly obvious spelling mistake in the following image, one thing remains a clear ability: for people to recognize truth, tyranny, and not succumb to fear of speaking out about it. 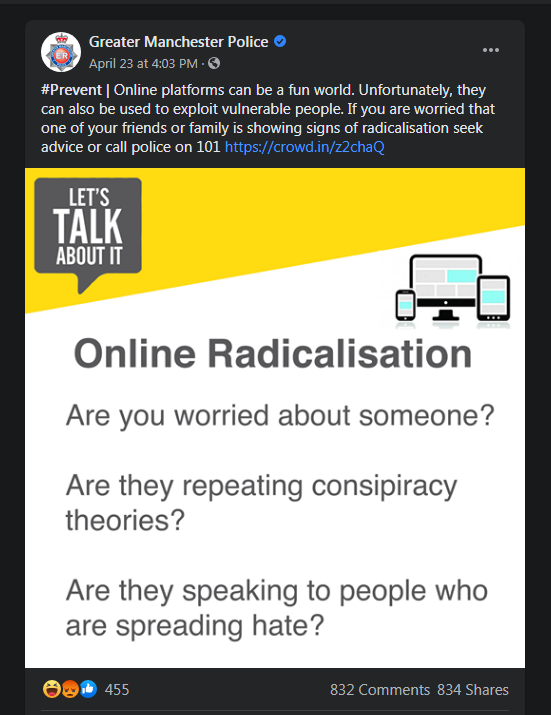 While some comments stated they thought this was a joke, one can only feel a new found hope in humanity, loooking at the comments in the screenshots I managed to take before this post was deleted. ... Could it be the actual thing that so called "conspiracy theorists" have been warning about for decades' that a tyranical police state is emerging due to an openly stated agenda, and yet police forces across Britain are bring given directives to post this absolute garbage on facebook and twitter.

It is beyond astounding how this SHIT managed to get past even just one human brain that is not mentally retarded. How the FUCK did they not miss this spelling mistake???

I've so far seen this exact same image from two different UK police forces. I wonder which one is next...

Here are the comments I was compelled to copy and save:

"It seems that you are advocating a generalisation about a minority of people who have a non-violent belief; i.e. that conspiracy theorists are spreading hate. I think you, GMP, should be under investigation for a hate crime and spreading fear amongst the citizens you are supposed to protect. I think you should post a frank apology as soon as you can to prevent any further division or disharmony between the people you serve, unless of course that is your purpose in such a post."

"I'd like to report the police for conspiring to radicalise the nation who have been duped by falsified death certificates and bogus computer models, a corrupt government can also be implicated as being the polices radical teacher and bill gates for being the funder."

"Do the the Reigh thing!"

And now for the images. Be sure to save and share these:

Of course, the post that was located at: https://www.facebook.com/GtrManchesterPolice/posts/3782440348492623:0 is now deleted, so it's a good thing I saved the images linked above. 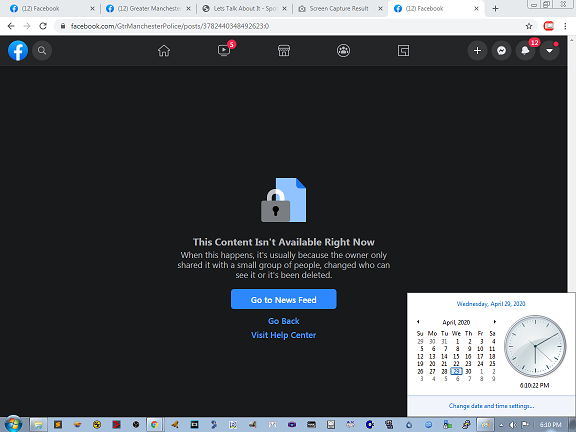 This situation was also pointed out in this article https://reclaimthenet.org/uk-police-conspiracy-theories/

The time is now.