On Monday the Supreme Court blocked a federal lawsuit launched by conservation groups to force power plants to reduce so-called greenhouse gases. The ruling was 8-0. 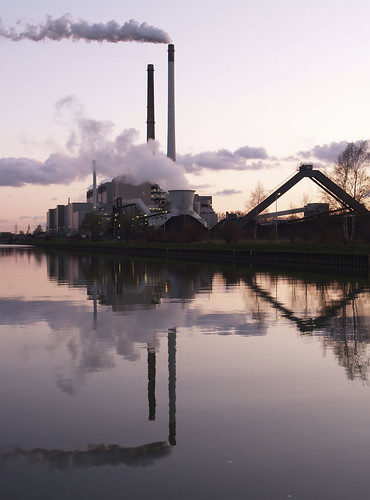 According to the high court, only the Environmental Protection Agency has the authority to mandate a reduction in emissions. In December, the EPA said it will issue new regulations next year on power plants and carbon dioxide.

The court said the states and conservation groups can appeal in federal court under the Clean Air Act if they object to any eventual decision made by the EPA.

Justice Ruth Bader Ginsburg, writing for the court, said the Clean Air Act gives the EPA authority to regulate carbon-dioxide emissions from power plants, not the states and the courts. Ginsburg is opposed to “control of greenhouse gas emissions by federal judges.”

In 2009, the EPA issued its “endangerment finding” that would allow the federal agency to use the federal Clean Air Act to regulate carbon-dioxide emissions. The EPA ruling and enforcement “could result in a top-down command-and-control regime that will choke off growth by adding new mandates to virtually every major construction and renovation project,” U.S. Chamber of Commerce President Thomas Donohue said at the time. “The devil will be in the details, and we look forward to working with the government to ensure we don’t stifle our economic recovery.”

In February, we reported that the Obama administration was targeting the coal industry as a major contributor to the theory of man-made global warming.

“The rolling blackouts now being implemented in Texas and across the country as record cold weather grips the United States are a direct consequence of the Obama administration’s agenda to lay siege to the coal industry, launch a takeover of infrastructure under the contrived global warming scam, and help usher in the post-industrial collapse of America,” Alex Jones and Paul Joseph Watson wrote in early February.

At the time, local environmental officials in Texas were involved in a fight with the EPA after the Texas Commission on Environmental Quality approved an air permit for the $3.2 billion Las Brisas Energy Center despite a formal EPA request that the commission “delay issuing the permit until EPA’s concerns about the plant’s emissions impacts are fully addressed.”

“The Obama administration is conducting industrial warfare against the United States. Obama’s 2008 promise to ‘bankrupt’ the coal industry by placing suffocating restrictions on greenhouse gas emissions even as China and other countries are given free reign to pollute at will is now coming to fruition,” Jones and Watson wrote. “This is all part of the ‘post-industrial revolution’ that the global elite have promised to enforce as a means of turning the United States into a decaying banana republic.”

The Supreme Court’s ruling on Monday signals a move to give the federal agency more authority to impose restrictions on the states under the guise of global warming.