Yes, The EPA Is Using Spy Drones To Monitor Farms

Following a mainstream media backlash that claimed to “debunk” fears that the EPA was using spy drones to monitor pollution and land use, a method of surveillance that threatened to ensnare farmers and ranchers, it actually turns out that the federal agency is doing precisely that.

Following confusion over a claim that the EPA was using unmanned drones to spy on cattle ranchers in Nebraska and Iowa, when in fact the federal agency was taking pictures from manned aircraft, the establishment media went on the offensive, characterizing fears that the federal agency was using the excuse of environmental regulations to keep tabs on farmers as paranoid delusions. 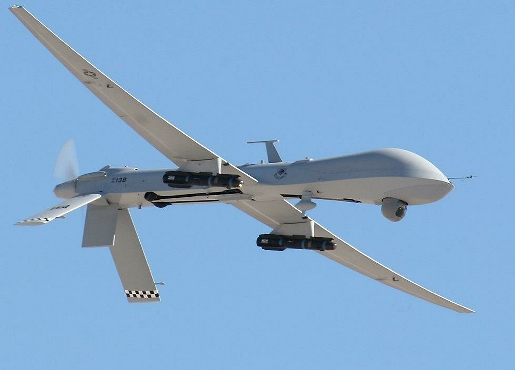 The Washington Post led the charge, debunking the “menacing tale of government gone too far,” quickly followed by the L.A. Times and innumerable other news outlets who seized upon the error to portray opponents of drone surveillance as reactionary lunatics.

Leftist blogs like Mediaite and scores of others placed the blame squarely on the Drudge Report and Infowars, noting how, “The story originally appeared on several blogs, picking up traction after the Drudge Report linked to an InfoWars article on the story,” before it appeared on Fox News.

The very real and alarming fact that the EPA is sending its agents up in manned aircraft to spy on farmers over their disposal of waste water was hastily brushed aside in favor of pursuing the witch hunt against those who mistakenly claimed the spying missions involved UAVs.

“It was never true. The EPA isn’t using drone aircraft — in the Midwest or anywhere else,” reported the Post’s David A. Fahrenthold with a triumphant sneer.

You probably won’t be too surprised to learn that the Post – along with dozens of blogs who parroted Fahrenthold’s article – got it completely wrong.

A search of the EPA’s own website proves that the federal agency has been developing spy drones (unmanned aerial vehicles) for the purpose of monitoring pollution and land use for years.

An EPA project entitled Landscape Characterization and Change Detection Methods Development Research, which was scheduled for completion in 2009, describes how the EPA would use “UAV and satellite based remote sensor data to provide a continuous environmental monitoring capability.”

In other words, the EPA has since at least 2009 developed the capability to used unmanned drones to monitor man-made pollution and spy on farms and ranches for the purpose of land management.

In addition, a separate 2005 EPA report details how the agency planned to use “Unmanned Aerial Vehicles (UAV), in a multi-stage approach to meet EPA information needs.”

Not only has the EPA developed its own spy drones for the task of monitoring the environment, it has also given grants to other organizations for the same purpose.

A 2008 progress report found on the EPA website describes a a four-year grant to Syracuse University. One “major outcome” of the project is listed as the, “Successful development and testing of an unmanned aerial vehicle for urban airshed monitoring to measure pollutant levels above buildings.”

So yes, despite what you read in the Washington Post and the rest of the establishment media echo chamber, the EPA is using drones to spy on land use and monitor pollution.

The EPA is using unmanned aerial vehicles to conduct surveillance of ranches and farms and has been doing so for years.

Given the EPA’s close relationship with NASA in working with the space agency to create satellites to monitor land use, the future seems geared not around spy drones but spy satellites like the ones already under development in Europe that will measure man-made carbon emissions from space in order to “hunt down” violators of international climate agreements, allowing Big Brother to enforce a future tax on CO2 emissions.

And when such a program is ready to be launched, expect the establishment media to pull the same trick of obfuscating the truth by claiming none of it is happening.

Paul Joseph Watson is the editor and writer for Prison Planet.com. He is the author of Order Out Of Chaos. Watson is also a regular fill-in host for The Alex Jones Show and Infowars Nightly News.

"You live longer once you realize that any time spent being unhappy is wasted."