Assad tells the BBC that the Idlib province chemical attack Is "100% fabrication".

Assad finally gives his thoughts on the Idlib province chemical attack. Assad is calm, measured, and his comments are intelligent and coherent.

Here is what Assad told the BBC…

“We gave up our arsenal 3 years ago. Even if we had them we wouldn’t use them. We have never used our chemical arsenal in our history.”

“Our information, that the West, mainly the United States, is hand and glove with the terrorists. They fabricated the whole story in order to have a pretext for the attack.”

“There was no investigation, no complete evidence about anything, the only things were allegations, and propaganda and they struck.” 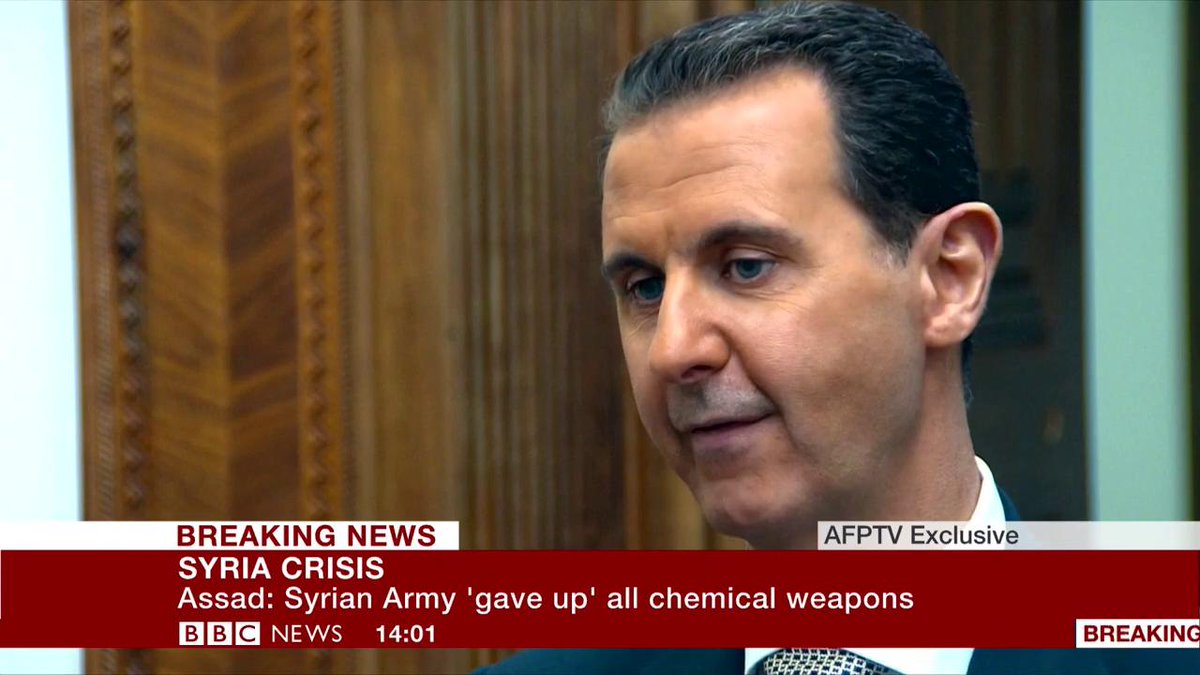 Our impression is that the US is "hand in glove with the terrorists" - Syria's President Assad http://bbc.in/2pcrN1X

Following yesterday’s icy meeting in Moscow between Rex Tillerson and Russian diplomat Sergey Lavron, the propaganda campaigns between the U.S., Syria and Russia seem to be ratcheting up to full force.

Speaking with the BBC earlier this morning, Syrian President Bashar al-Assad said the U.S. account of the recent chemical weapons ‘attack’ in Syria was a “100% fabrication” which can only lead him to the conclusion that the West must be working “hand and glove with the terrorists.”