Three of the men appear to be Arab or Middle Eastern in appearance, whereas another two of the individuals are white.

The images show the men looking away from the marathon runners, talking on cellphones and running from the scene immediately after the blast.

Remains of one of the backpacks are also photographed yards from where one of the bombs exploded. The FBI states that at least one of the pressure cooker devices used in the bombing was housed in a backpack.

Some of these men may have merely been victims, but the image of the two men standing together wearing the same clothes and carrying heavy backpacks and wearing credentials suggests they may have been involved in a drill or in the actual attack. One of individuals, a white man whose backpack was found at the scene of the bombing, looks badly dressed and disheveled.

The Associated Press is now reporting that authorities have identified a suspect wearing a “black jacket on a cell phone, wearing a gray hoodie and a white baseball cap backwards placing a black bag at the second bomb site outside of the Forum restaurant on Boylston Street and then leaving the area before that explosion,” a description which closely but not specifically could be applied to more than one different man identified in the photos below.

As eyewitness Ali Stevenson reported, marathon runners were told before the bombing that a “drill” was taking place involving bomb sniffing dogs and spotters of roofs and to remain calm, although police later denied that any exercise had taken place.

CNN reported that authorities have identified one of the suspects involved in the attack by means of “video from a department store near the site of the second explosion” and “video from a Boston television station.” CNN backed off a report that a suspect had already been arrested.

The Boston Globe also reports that, “authorities have an image of a suspect carrying and possibly dropping a black bag at the second blast site on Boylston Street.”

NewsCenter5 is reporting that, “An arrest is imminent or may have already taken place,” and that the individual is being taken to court. 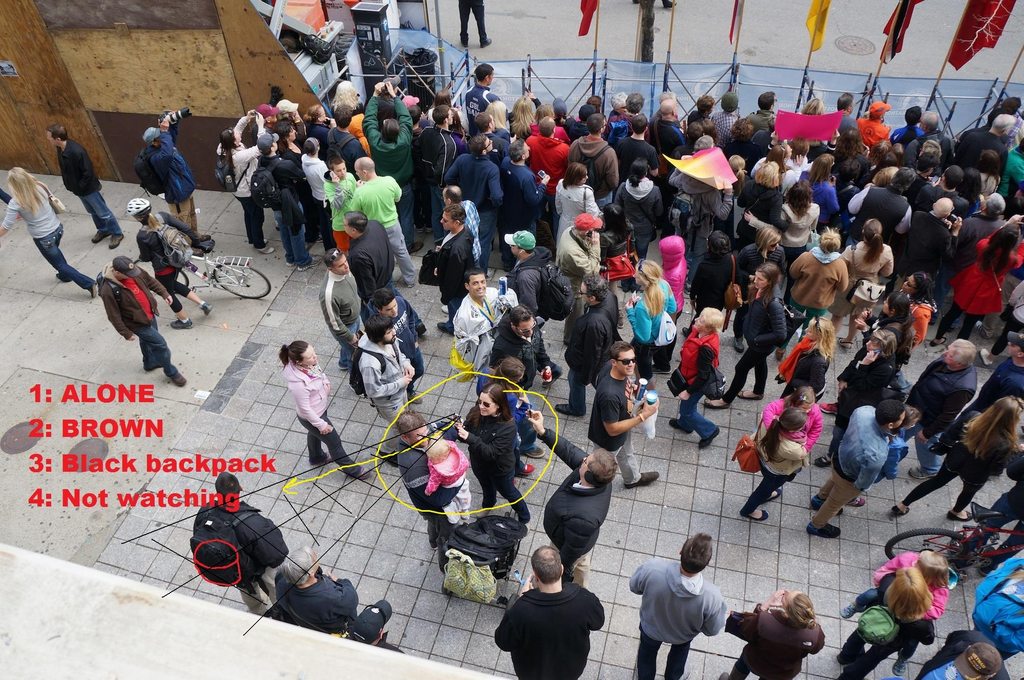 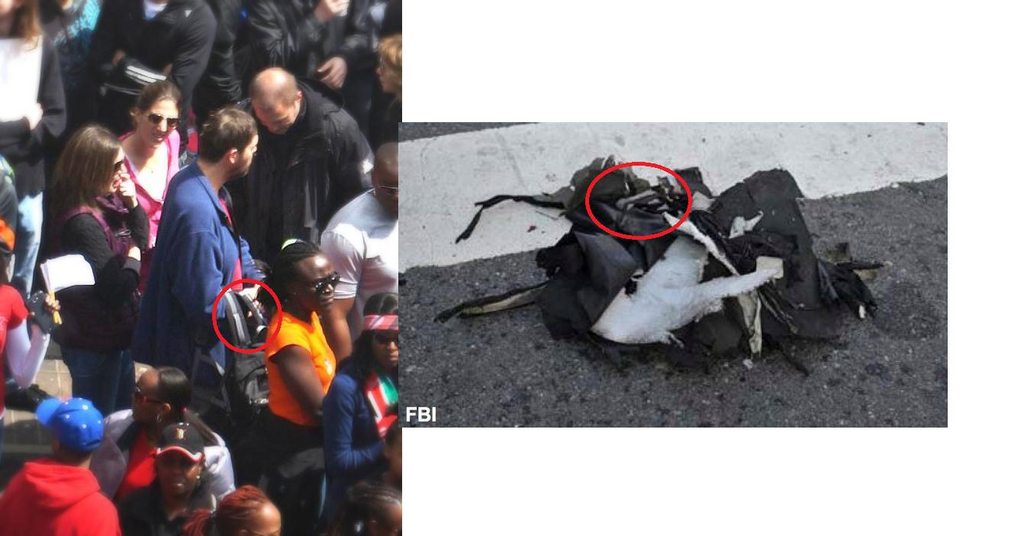 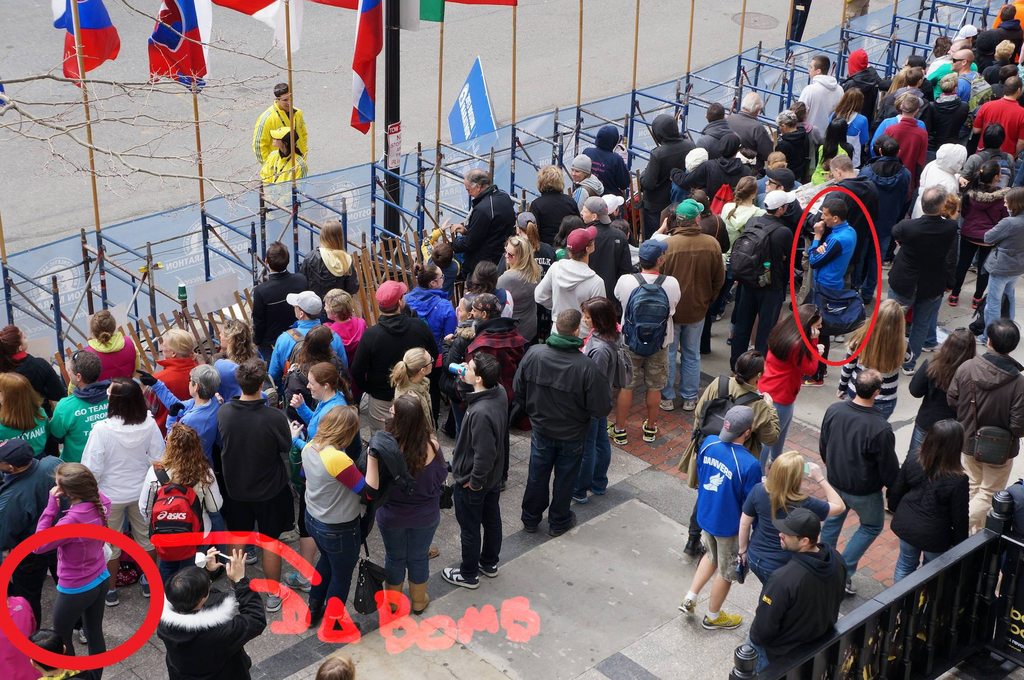 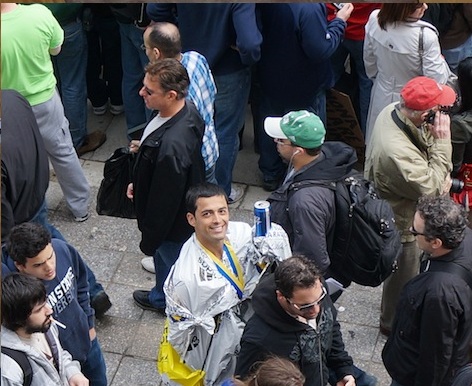 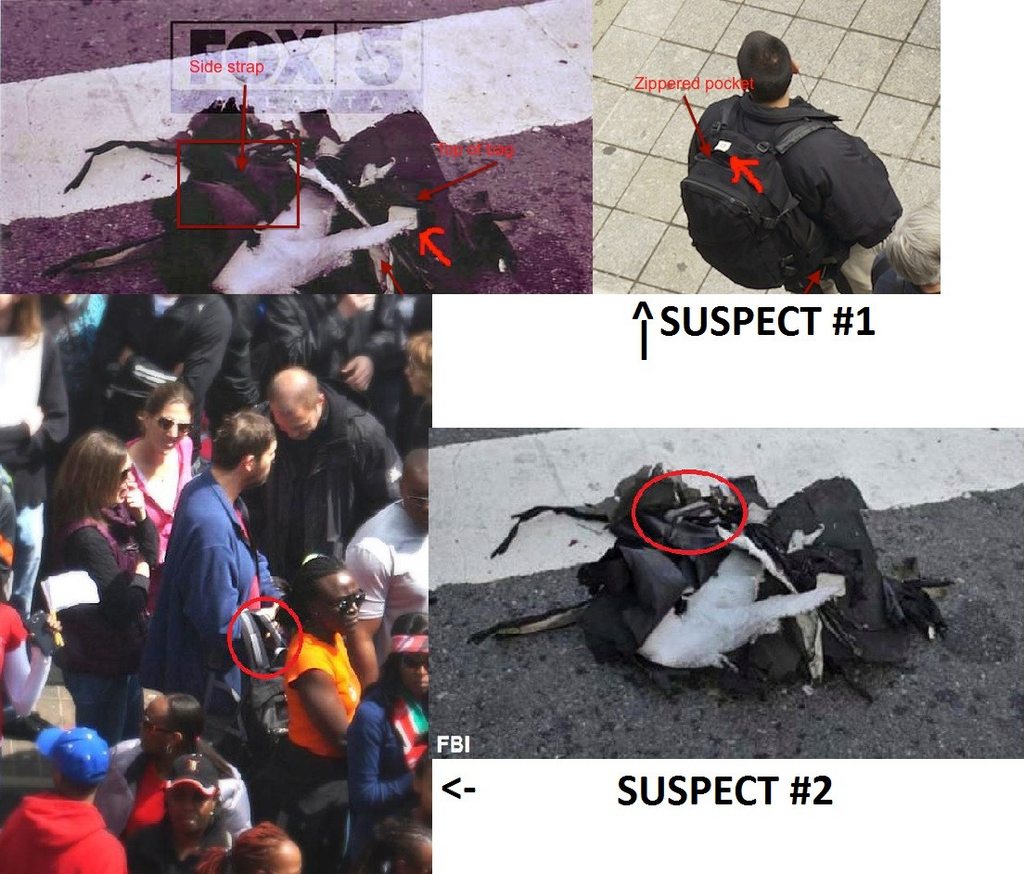 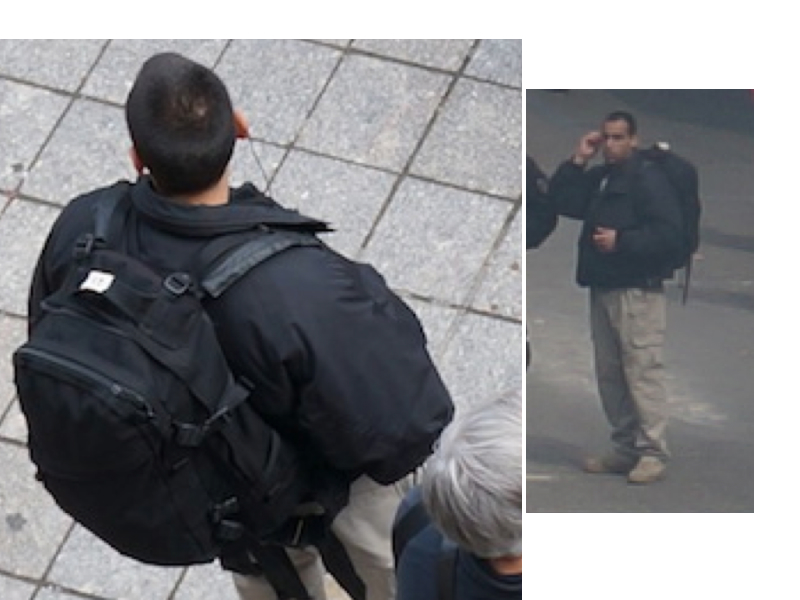