Edgett was asked by Rep. Mike Quigley (D-IL) why an Infowars story about New York Mayor Mike De Blasio ignoring warnings from an Imam about terrorist radicalization in New York appeared at the top of the #NYCTerroristAttack hashtag during the vehicle attack in Manhattan last week.

“This is a real-time example of when we talk about this information being weaponized, how quickly can you act and what’s your responsibility to set the record straight so that the people who saw this know that it’s fake news?” asked Quigley, adding that Twitter needed to prevent Infowars “spreading like some sort of virus through the legitimate world.”

Twitter Sean Edgett responded by telling Quigley, “The system self-corrected, that shouldn’t be the first tweet you see anymore, it should be a USA Today article,” before going on to assure the Congressman that only “verified accounts” and “accurate information and reporting” (in other words mainstream media only) would be seen in future.

Infowars was also attacked on Sunday when the media started a pressure campaign to have Google de-list my tweets from appearing in search results about breaking news stories. Google responded by saying they would “make some changes” to ensure this didn’t happen again.

The New York Times contacted me for a comment and I made it clear that there is no “strategy” for getting my tweets to the top of Google’s rankings – I am simply interesting and have a lot of followers. The threat of a different perspective is so threatening to the MSM and the left that they are now directly demanding tech companies bury our content in real time. 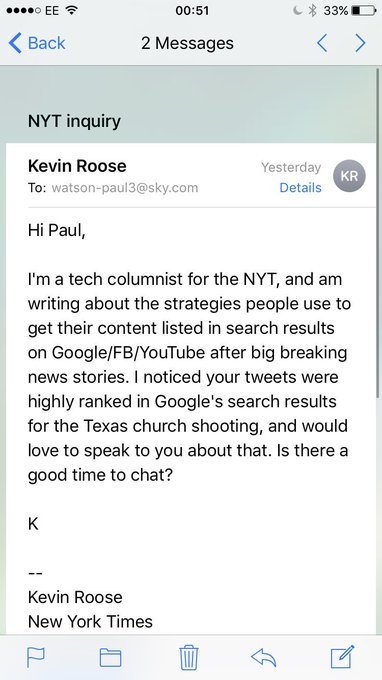 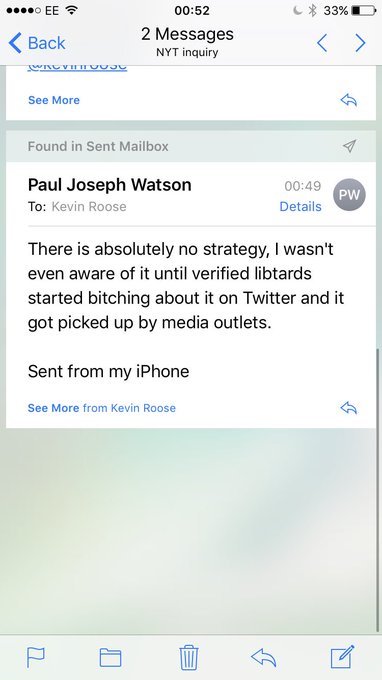 Hoping I get quoted on that.

The story cited by Congressman Quigley in the clip above was also labeled “fake news” despite being completely true.

An Imam – Mohammad Tawhidi – did indeed warn De Blasio about terrorists being radicalized in New York and subsequently posted the letter to prove it.

RELEASED: My Feb 2016 letter to Mayor de Blasio warning him of terrorist breeding in NYC. I was completely ignored! http://www.dailymail.co.uk/news/article-5041479/Imam-Tawhidi-warned-New-York-Mayor-Blasio-terror-attack.html …

He also felt that De Blasio ignored his warnings because he was too busy wasting “all his energy and resources in trying to bring down President Trump and not Islamic Extremists.”

Not a single aspect of this story is “fake news,” it simply makes De Blasio look bad – and that’s the point.

As Rep. Chris Stewart (R-UT) pointed out in the hearing, “fake news” is completely subjective. “How in the world do you intend to identify fake news without weaponizing this in the political realm?” he asked.

The entire “fake news” moral panic was an invention of the Democrats as an excuse because they lost the election, when in reality, a Stanford University study found that fake news (actual fake news websites publishing made up stories) did not influence the election and that the most widely believed fake news stories actually benefited Hillary Clinton.

Fake news is a weapon being used by the left to push censorship of anything that challenges their dogma or debunks their arguments, and Silicon Valley has indicated its willingness to jump in bed with Democrats to ensure that very outcome.

"Action may not always bring happiness; but there is no happiness without action."