A mention on the website of the World Health Organization (WHO) admits that there were suggestions by member or members of the Chemical Aspects Working Group meeting in Tokyo, held in 2002, to omit information on the “adverse health effects” of fluoride to “prevent controversy.” Here is the full quote from the WHO’s website: 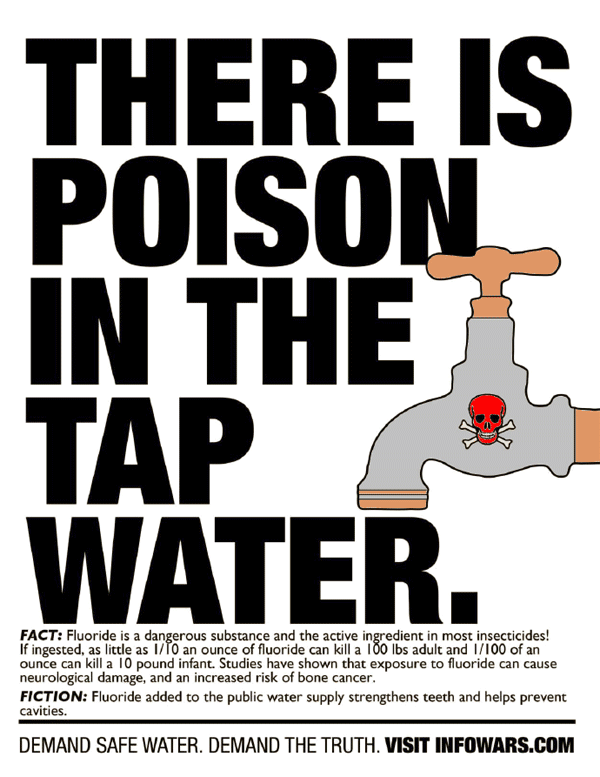 “At the Chemical Aspects Working Group meeting (Tokyo, 2002), the group was informed that the monograph was being finalized, and there was considerable discussion on various aspects of the draft, including a suggestion that the monograph should not mix discussion on the beneficial use of fluoride with adverse health effects to prevent controversy. The monograph was not discussed at the Guidelines for Drinking-water Quality Working Group meeting (Geneva, 2004). The document is in editing and layout (2005). A presentation to the Working Groups of the WHO Oral Health Programme on the importance of fluoridation was made in 2005.”

In the questionnaire for the working group, posted on the WHO’s website, the Working Group’s members are assured that their comments “will not be posted to the public website.” Well, it seems the WHO not only lies to the world, they lie to their own underlings as well. But no matter: the most important thing here is that the WHO deliberately contemplated omitting crucial information about fluoride’s damaging effects from its future publications- which in turn act as guiding principles, commandments almost, for states all around the world.

As it turns out, the WHO not only omits and deletes. That would make the whole affair some sad sort of cover-up or whitewash. No, the WHO- knowing perfectly well that fluoride is most damaging- actively promotes the use of fluoride and works to distribute it through the world’s water-supply. A WHO publication of the Expert Consensus Meeting Group Report even advises adding fluoride in the water-supply for specific segments of the population.

The “consensus” reached among the “experts” reads, that higher income groups often already consume enough fluoride for their purposes, which- by the way- has decidedly nothing to do with some dental battle against tooth decay.

“For example”, we can read in the report, “in countries such as those in Scandinavia, where public dental awareness is very high and alternative vehicles for fluoride (e.g. fluoridated toothpaste) are widely available and widely used, a decision to not fluoridate the water, or remove fluoride, or to supply drinking water with suboptimal levels of fluoride would likely be of little consequence.

The report continues with the statement that for segments of the population which do not have wide access to fluoridated toothpaste, the WHO would me more than willing to dump trace amounts of it into the water-supply, free of charge:

“On the other hand in developing and developed countries where public dental health awareness in some population groups (e.g. lower income) might be much lower, water containing either natural or added fluoride at concentrations of 0.5 to1.0 mg/l would be important for dental health.”

This idea perfectly coincides with the ruling guidelines of the WHO Oral Health Programme, which include a “particular focus” on “the disadvantaged and under-served population groups.”:

“The WHO Oral Health Programme, jointly with the FDI World Dental Federation (FDI) and the International Association for Dental Research (IADR), have embarked on an action plan for the promotion of using fluoride, particularly focusing on the disadvantaged and under-served population groups.”

“In setting national standards for fluoride or in evaluating the possible health consequences of exposure to fluoride, it is essential to consider the intake of water by the population of interest and the intake of fluoride from other sources (e.g., from food, air and dental preparations).”

Dr.Richard Shames, graduated Harvard and University of Pennsylvania, after in-depth research into the effects of Fluoride on the human biological system, noted:

“(…) the Nazi concentration camps used fluoridated water to suppress the will and vigor of inmates. This appears to have been during the 1930s and was the first known example of fluoridated water supplies for a specific population.”

Fluoride, in whatever amount, is nothing less than a chemical weapon. Considering it is applied to entire populations or certain groups within a population, the definition is chemical warfare- a tool most useful to eugenicists who are intent on depopulation the planet.

"At first, dreams seem impossible, then improbable, and eventually inevitable."