Further presenting non-stick cookware dangers, a new study published in this month’s Archives of Internal Medicine reveals a relation between PFOA (the chemical in Teflon, used in nonstick pans among other things) and heart disease. While scientists are cautious, as they always are, to say they are definitively linked, some say steering clear of the chemical “just in case” wouldn’t be a bad idea. 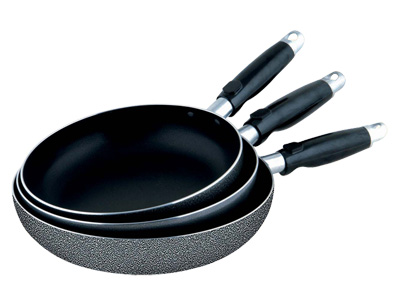 According to the study published in the journal The Jama Network, researchers looked at PFOA presence and incidence of heart disease, heart attack, or stroke. About 98 percent of Americans have traces of PFOA in them, those with the highest levels of the chemical were found to have double the odds of heart disease when compared with those having the lowest levels.

Also, those with higher PFOA, had a 78 percent higher risk of peripheral heart disease—where arteries narrow and harden.

Researchers say there is no hard evidence that the PFOA causes heart diseases or otherwise increases someone’s risk, merely that the conditions “co-exist.”

“What we are finding is that high levels of PFOA and cardiovascular disease coexisted for some reason. That is all,” said lead author Dr. Anoop Shgankar with the West Virginia University School of Public Health. “It is possible that we are seeing something that is just a bystander and is there because of confounding associations.”

But this isn’t the first time perfluorooctanoic acid (PFOA) has been associated or found co-existing with other health problems. The Environmental Working Group has it classified as a “likely carcinogen,” meaning it could lead to cancer. Even the Environmental Protection Agency (EPA) said it was likely to cause cancer.

So, if something causes mutations in cells, as in cancer, wouldn’t it make sense that it could lead to a whole host of other health concerns?

Along with the increasingly well-known knowledge that the toxic fumes emitted from non-stick cookware can make a bird drop dead if it’s in the same room, PFOA has also been shown to cause like to low birth weight and organ specific oxidative DNA damage. Other research published in the Environmental Health Perspectives journal says those with higher blood levels of PFOA also have a higher incidence of thyroid disease.

But PFOA is still found in some nonstick pans—it’s the coating that allows people to use less oil. And with 98 percent of Americans walking around with PFOA in their bodies, it’s definitely something to be concerned about.

What can you do? If you haven’t already, stop using nonstick pans. Cast iron is a far better choice, and will last a lifetime.