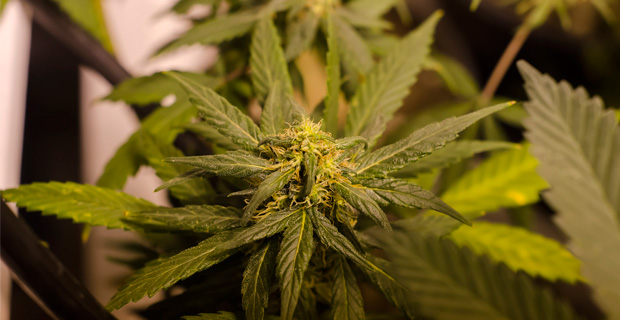 Marijuana may be effective against depression resulting from chronic stress, according to neuroscientists at the University of Buffalo’s Research Institute on Addictions.

The chemicals in cannabis are comparable to the endocannabinoids our body produces which combat pain and anxiety, and the neuroscientists found that when stressed rats were given marijuana, their endocannabinoid levels increased.

The findings follow a recent study which found that marijuana can ease chronic pain much more effectively than many conventional medications.

“Researchers from the Australian National Drug and Alcohol centre found that patients with chronic pain who used the drug said it eased their symptoms better opioid medications, which are highly addictive and can cause accidental overdoses,” Kashmira Gander of the Independent reported. “The study analyzed 1,500 patients, aged in their late 40s and early 50s, who suffered from conditions including back pain, migraines and arthritis, and were being prescribed with heavy-duty opioid medications, such as morphine and oxycodone.”

And another study last year found that patients who smoked marijuana experienced a 75% loss in post-traumatic stress disorder symptoms.

“The uses of the cannabis plant far extend beyond ‘getting high’ — to the degree that it was ultimately ruled to be illegal in all forms thanks to mega-billion dollar corporations fearing its many uses that extend even into the realm of construction and agriculture,” Anthony Gucciardi wrote. “Because, as you are probably aware, industrial-grade hemp (a high-growing variety of cannabis) can be used in protein shakes, building materials, oils used for the prevention and treatment of disease, and actually does not get you high.”

“As the realization within the United States comes into focus surrounding the practical and health-related uses of marijuana, especially in its ‘no high’ non-THC form that only serves to enhance one’s health and state, it’s becoming more clear than ever that a serious role exists for hemp within the U.S. and beyond.”