With voters in two states displaying overwhelming support for the legalization of the leafy green substance for recreational use, and an additional state legalizing the plant’s recommendation for medical use, the U.S. Drug Enforcement Agency’s (DEA) detrimental War on Drugs is sure to have its hands full during Obama’s next four years. 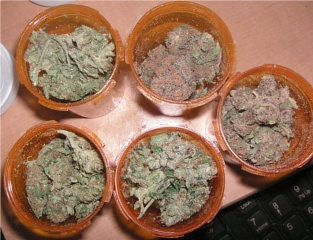 Yesterday, Washington and Colorado both approved measures allowing the possession of up to an ounce of marijuana for people 21 and older.

According to StopTheDrugWar.org, Colorado’s Amendment 64 also allows the possession of up to six marijuana plants so long as only three are in their flowering stages.

“It would create a system of state-licensed cultivation, manufacturing, and testing facilities and state-licensed retail stores. Local governments would have the option of regulating or prohibiting such facilities. The amendment would also require the state legislature to enact legislation governing industrial hemp cultivation, processing, and sale, and to create an excise tax on wholesale marijuana sales,” Philip Smith of Stop the Drug War writes.

Washington’s Initiative 502 is slightly more aggressive. It legalizes possession, “but does not allow personal cultivation, except by medical marijuana patients.” The measure also allows the state to levy a 25% excise duty or tax on sales, unquestionably a boon for Washington considering California generated $2 billion in revenue in 2008 which provided $100 million in state tax.

Also last night, citizens of Massachusetts voted to legalize medical marijuana for medical use for people with “debilitating medical conditions,” likely upsetting the former Governor and presidential election loser “Mittens” Romney. “The law eliminates state criminal and civil penalties for the medical use of marijuana by people with cancer, hepatitis C, Parkinson’s disease, Lou Gehrig’s disease, AIDS or other conditions determined by a patient’s doctor,” writes the Associated Press.

The DEA has consistently maintained that marijuana is a narcotic as dangerous as heroin (but apparently not so dangerous that it would prevent you from becoming president…twice) and categorize it as a Schedule I drug in the Controlled Substances Act, meaning it’s thought to have a “high potential for abuse…no accepted medicinal value in treatment in the United States, and evidence that there is a general lack of accepted safety for its use even under medical supervision,” although more than a dozen states now allow some type of provision allowing medical cannabis use.

In the past, the DEA has raided dispensaries in many states, however, the precise number of raids is unavailable. Mike Riggs of Reason.com writes this is done intentionally to promote fear of the feds and keep tax payers, dispensary owners, caregivers, and patients in the dark about why they were raided.

“While the lack of press releases and the use of sealed records are two different issues, they go hand in hand. Sealing a record gives the DEA and the DOJ a perfectly legitimate reason to say no comment to whoever raises questions about these operations, even if the records are sealed on spurious grounds,” wrote Riggs in September.

As the overall consensus on the plant seems to be swaying in its favor and with fresh states eager to jump on the waterfall of excise taxes that are sure to flood in, it should only be a matter of time before the DEA concedes defeat in their doomed war on cannabis.

Watch the DEA’s Chief Administrator argue that marijuana is as bad as heroin and meth.

"It takes but one positive thought when given a chance to survive and thrive to overpower an entire army of negative thoughts."