“We are removing any and all mentions of the potential whistleblower’s name and will revisit this decision.”

Facebook announced on Friday that it would be removing an posts which name alleged Trump-Ukraine whistleblower Eric Ciaramella. 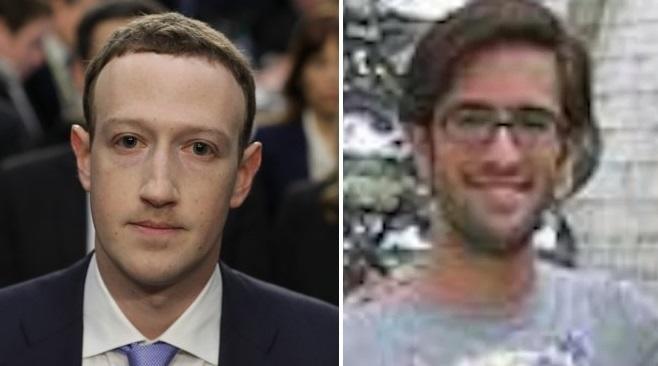 “We are removing any and all mentions of the potential whistleblower’s name and will revisit this decision should their name be widely published in the media or used by public figures in the debate,” Facebook said in a statement in which they claim it violates their “coordinating harm” policy which prohibits content ‘outing of witness, informant, or activist.’

On Wednesday, the social media giant removed ads naming Ciaramella which had been viewed several hundred thousand times according to the Washington Pos

Alex Jones is joined by Robert Barnes and Owen Shroyer to break down the exclusive footage of the judge breaking the first amendment to gag the media in Roger Stone’s trial.
By the way, upgrade your smile with the new SuperSilver Whitening Toothpaste that’s on sale now!

On Friday, Breitbart‘s Allum Bohkari reported that the news outlet’s posts containing references to Ciaramella had been scrubbed from the site.

Wednesday evening, Facebook removed Breitbart posts reporting on the fact other respected news outlets have reported the identity of the alleged whistleblower is Eric Ciaramella. Any Facebook user who attempts to click on that article on Facebook is now given a message that says, “this content isn’t available at the moment.”

To be clear, Breitbart did not “out” the alleged whistleblower but did provide additional relevant reporting about him; he is, after all, a public figure, having served on the National Security Council. Moreover, his name has been used in the Mueller report (p283) and Ambassador Bill Taylor’s testimony.

Administrators of Breitbart News’ Facebook page began receiving notifications on Wednesday evening stating that Breitbart’s page is “at risk of being unpublished” but were not given any details as to why, or even which posts were allegedly at issue. –Breitbart

Of note, it is not against the law for anyone except the Inspector General to disclose a whistleblower’s name.

“There is no overarching protection for the identity of the whistleblower under federal law,” said attorney Dan Meyer, the former executive director of the intelligence community whistleblower program, adding “Congress has never provided that protection.”