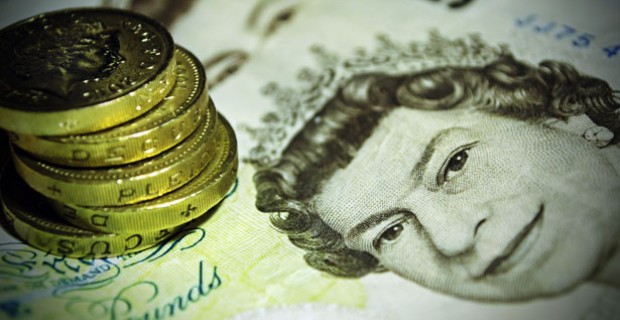 A shopping street in Manchester has banned cash as part of an experiment to see if Brits will accept a cashless society, while all London buses will stop accepting cash payments from next month onwards.

The purpose behind the experiment, which will take place in Chorlton, South Manchester, is to “test customers and business reaction to the idea” and is being overseen by credit card processor Handepay.

According to the Manchester Evening News, the experiment is being conducted with the expectation that, “physical currency will disappear inside 20 years.”

Meanwhile in London, the city’s network of buses will stop accepting cash payments from July 6, with customers needing to use an Oyster card, pre-paid ticket or contactless payment cards in order to travel.

“This is a major effort to move in preparation for the cashless society,” writes economist Martin Armstrong, adding, “While the goldbugs have been touting that gold will rise and the dollar will collapse because of fiat money, technology has passed them by making their arguments barbaric relics of the past.”

While the whole idea is being marketed as an inevitable consequence of the decline in cash payments and the rise of credit cards and contactless payment technology, many in the privacy community see the elimination of cash as another means of abolishing anonymity.

Following the Edward Snowden revelations last year, it emerged that the NSA was “sweeping up the entire haystack” of credit card transactions for analysis while, “obtaining purchase information from credit card companies.”

Alternatives to cash that could still provide anonymity, such as crypto-currencies like Bitcoin, are slowly being adopted by more stores and chains, but at nowhere near the rate required to provide a viable competitor to the likes of Google Wallet and Paypal.